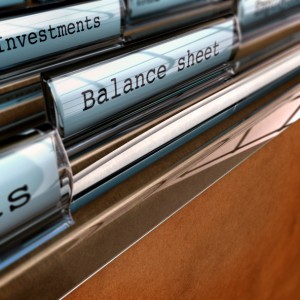 Accurate, timely accounts are not only important, they can mean the difference between success and failure in the business world.

Four out of five new businesses fail within the first five years, and of those 60 percent are profitable, according to the Professional Association of Small Business Accountants. One of the main reasons is “payment terms”–the time between when a service is provided or a liability incurred and when money is actually exchanged, the association says.

There are two methods for reporting accounts: cash accounting or accrual accounting.

Cash accounting can work for small one-person businesses or those run by a small group of partners. It may suffice if the business doesn’t use or accept credit and has no inventory. It has the advantage of being easy to understand and use.

Under cash accounting revenue is recorded when cash is received (not earned) and expenses recorded when paid (not incurred). It’s simple: record bills as they come in and payments as they go out, much like the family checking account. If you pay a $3,600 annual insurance premium in March, you record the expense for the full year in the March when you paid the bill. If a client pays a longstanding invoice of $15,000 in the month of August, you record it then, even though the work was done in February.

The problem with cash accounting is it can create widely fluctuating profit and loss numbers that mask the true state of the company. In extreme cases, its deceptive numbers can lead executives to want to hire new employees one month and, when results appear negative the next month, lay them off. Such companies don’t so much manage their business as their bank account. Their financial statements are ill-suited to monitoring month-to-month performance. Cash accounting can seem like you’re chasing your own tail.

The accrual accounting method works best for all but the simplest enterprises. In fact, in some states it is mandatory for businesses. The principle in accrual accounting is to match revenues and expenses. This helps you understand a company’s performance based on recent activity. The accrual method doesn’t concentrate primarily on cash flow. It focuses on when revenue was actually earned and when expenses were actually incurred, according to the Greater Washington Society of CPAs.

If you use your credit card to buy supplies in August you record the expense in August, even if you but pay the bill in September. If you are expecting to be paid in June for work done in March, you record the income in March. It’s a powerfulbudgeting and planning tool because it looks at expenses when they’re incurred and revenue when it’s earned, not when cash changes hands.

If you are in a business of any complexity and haven’t made the switch, you should. Accrual accounting helps you forecast the future by giving you an accurate picture of the present. Working with a trusted advisor can help you identify and implement the right processes for your business, ensuring your company’s overall success.