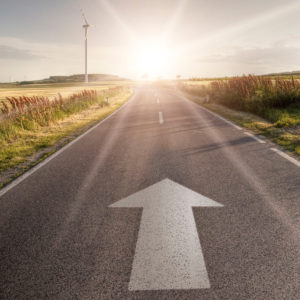 Here is a short lesson for Chief Financial Officers from athletes. In most sports, like business, success is measured in degrees and is often the culmination of many small victories and small failures. For example, in American football, the cornerback – a player whose main job is to defend against the forward pass by the opposing team – fails over 60% of the time, the percentage of forward passes completed in Professional Football. How do cornerbacks thrive – the best make over USD 15 million/year – when their success rate is less than 40%?

A.J. Green, a college cornerback at Oklahoma State University, points out resiliency is a required trait for cornerbacks. “Just play the next play,” he said. “Just keep playing. Nothing lasts forever and live in the moment.” In sports they refer to this as having a short memory. Dwelling on the past can create a distraction that leads to failure on the next play and the play after that.

This makes sense in business too. If things don’t turn out as we expect, it’s unproductive to dwell on the failure. Sure, it’s important to understand what caused us not to be successful but if we don’t move forward quickly the opportunity to leverage the experience fades and nothing is gained. The points of this article are summarized very well by two quotes from icons in the sporting world.

“What do you do with a mistake? Recognize it, admit it, learn from it, forget it.” – Dean Smith, basketball coaching legend.

“Procrastination is one of the most common and deadliest of diseases and its toll on success and happiness is heavy.” – Wayne Gretzky, hockey great.

When confronted with failure – Identify, Diagnose and Advance.

Are you ready to advance? Take a look at the CFO.University Leadership Courses and become a Member-Scholar today for exclusive access to curated CFO education.